The Policy Development and Research Division supports the work of the Mayor's Office of Housing through:

It also oversees the citizen participation process for the City of Boston’s annual grant allocations from HUD.

Every year, we submit an Action Plan to HUD. The plan covers how we will use federal funds to fix the issues we discuss in our Consolidated plan.

Summary of the Action Plan

HUD requires the City of Boston to complete an Analysis of Impediments to Fair Housing.

The Federal CARES Act provides substantial funding to the City of Boston for responding to, and recovering from the COVID-19 pandemic.

In order to spend the funds that HUD provides to the City from the CARES Act, we must complete a "Substantial Amendment" to our 2019 HUD Action Plan. We have completed such amendments for $20,039,341 in CDBG funds, $449,562 in Housing Opportunities for Persons with AIDS (HOPWA) funds, and $28,543,879 in Emergency Solutions Grants (ESG) funds.

To apply for federal grants, we create a Plan for the City's development needs over five years. HUD reviewed and approved the plan in August of 2018.

We create a report at the end of each program year that describes what we've been able to accomplish with federal funding. We provide this report to the public, and to HUD.

The City of Boston was awarded $21.6 million in HOME Investment Partnership Program – American Rescue Plan (HOME-ARP) funds meant to increase housing stability by assisting individuals, households, or other vulnerable populations who are homeless or at risk of homelessness. The Department of Housing and Urban Development (HUD) issued Notice CPD-21-10  establishing a required planning, engagement, and analysis process that must be completed and approved before HOME-ARP funds are made available.  The City of Boston drafted a plan to meet those requirements and it is posted for public comment through 5:00 PM on August 18, 2022.  Comments are welcomed and encouraged.

Read the HOME-ARP Summary in:

To receive updates about Boston’s HOME-ARP funds and other HUD related plans, sign up for our Policy Newsletter.

The U.S. Department of Housing and Urban Development (HUD) requires the Mayor's Office of Housing (MOH) to provide an opportunity for public input on certain documents and plans.

Our policies page includes links to all policies that govern our development of housing.

We have links to research and data on Boston's housing and housing markets.

This report evaluates the City's work in 2020 as it relates to Housing a Changing City: Boston 2030.

Details on income-restricted housing in the City of Boston

View a database of income-restricted housing in Boston.

Recent residential sales in the City of Boston.

Recent residential foreclosures in the City of Boston.

Information on distressed buildings in the City.

A list of distressed properties in the city of Boston.

This index measures risk of residential displacement in Boston.

This plan envisions a city where all Bostonians can find a place to call home.

In 2015, HUD, under President Obama, released new regulations, requiring an Affirmatively Further Fair Housing (AFFH) plan. In 2017, the City of Boston began to create a plan, but the Trump administration eliminated these regulations in mid-2020.  Despite this change in HUD policy, the City moved forward with a plan. The Biden administration is now restoring regulations requiring an AFFH plan. In January 2022, after a multi-year process incorporating significant input from the community and fair housing advocates, Mayor Michelle Wu signed an Executive Order adopting the Assessment of Fair Housing for the City of Boston.

The plan also serves, for the purposes of meeting HUD Fair Housing requirements, as the City of Boston’s Analysis of Impediments to Fair Housing.

2010 Analysis of Impediments to Fair Housing

Reports on City of Boston efforts to create and preserve income-restricted and affordable housing.

Sign up for the Mayor's Office of Housing's monthly newsletter. 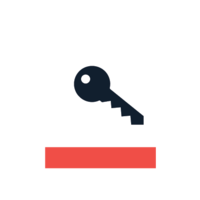