Skip to Main Content
Schools shift to all remote learning
/
Due to a rising COVID-19 infection rate in the City, all Boston Public Schools students will shift to remote learning effective Thursday, October 22.
Schools update
City department hours
/
City Hall is open to the public on Tuesdays, Thursdays, and Fridays from 9 a.m. - 5 p.m. If you need to visit a department, you must make an appointment.
Department information
Back to top
Last updated: 10/15/19

In 2014, Mayor Walsh released Housing a Changing City: Boston 2030, a comprehensive housing plan designed to address the housing needs of Boston’s growing population. In 2018, a planned assessment found that Boston’s population was growing faster than expected, with 759,000 residents expected to live in Boston in 2030.

The 2018 Update of the Housing Boston 2030 plans sets new goals for housing production, including income-restricted housing designed to be affordable to a range of incomes, plans for strategic growth that preserve and enhance existing neighborhoods, and new focus areas on preventing displacement, increasing homeownership, and promoting fair and equitable access to housing.

The themes of the HB2030 2018 update can be summarized in three housing affordability categories:  production of new housing, preservation of existing affordable housing, and protection of those households most at risk.

We would like to thank the members of the Mayor’s Housing Task Force 2018.

Housing plan has crossed the 30,000 unit mark, including 6,000 income-restricted units 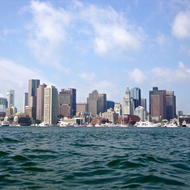 Housing plan has crossed the 30,000 unit mark, including 6,000 income-restricted units 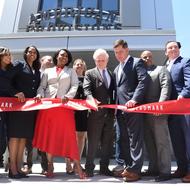