City bridge named in honor of the Grimké sisters

BOSTON - Friday, November 15, 2019 - Mayor Martin J. Walsh today announced that the newly-reconstructed Dana Avenue Bridge in Hyde Park will be named the "Grimké Sisters Bridge" in honor of Sarah and Angelina Grimké, known for being prominent activists for abolition and women's rights. There will be a public dedication with the Hyde Park Historical Society, Massachusetts Historical Society, Barbara Lee Family Foundation, elected officials, and residents tomorrow, November 16, 2019 at 10:30 a.m.

"Sarah and Angelina Grimké are perfect examples of what the City of Boston stands for and it is a fitting honor to name this beautiful new bridge after them," said Mayor Walsh. "The Grimké Sisters worked their entire lives so that women and African-Americans had the same rights and privileges as white men, and it is a testament to their hard work and sacrifices that this bridge is built right in the neighborhood they loved and called home." 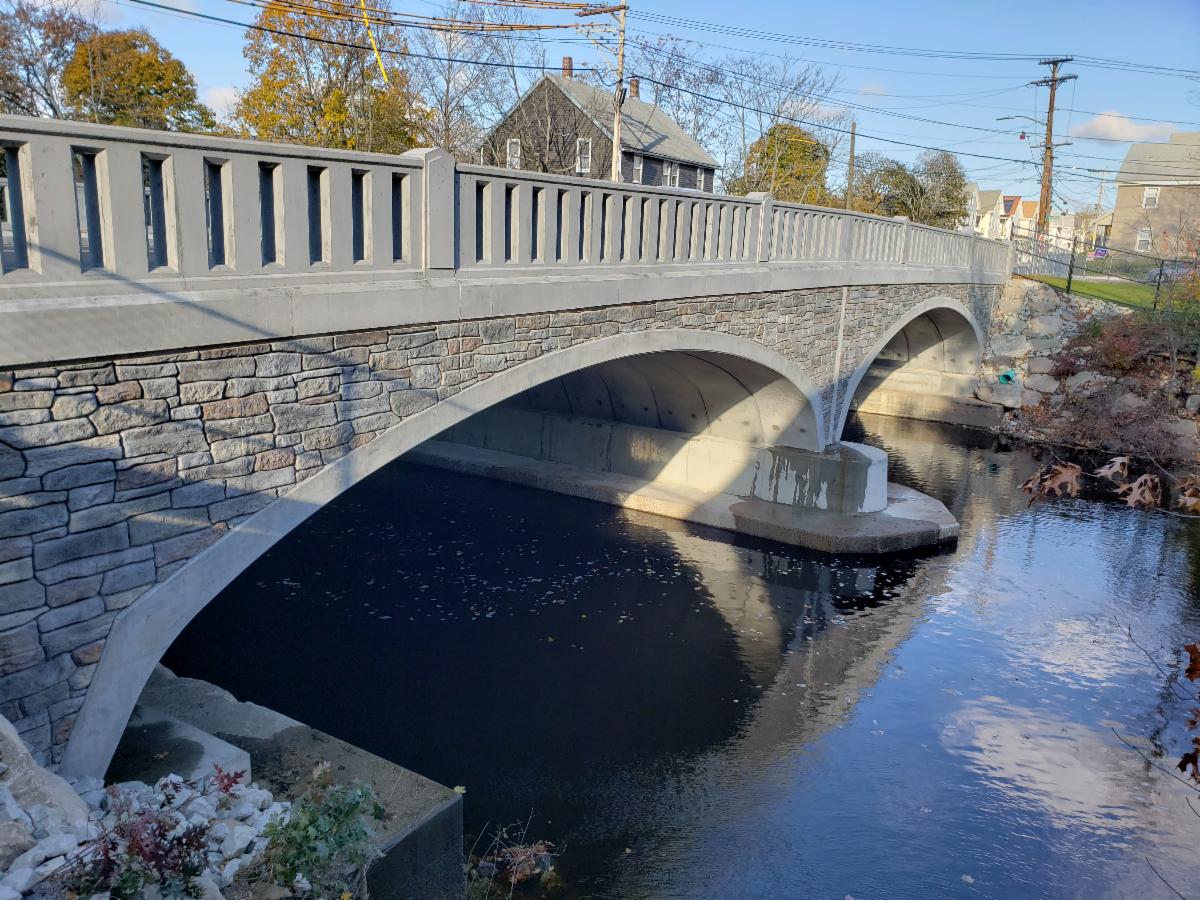 Daughters of wealthy slaveholders in South Carolina, the Grimké Sisters became nationally known social reformers. Their work was informed by an unwavering belief in the humanity and dignity of all, regardless of race or gender. The sisters moved to the corner of Fairmount Avenue and Highland Street in Hyde Park in 1864, where they lived until their deaths. They were among the first American women to take part in social justice movements.

They spent time traveling the United States recounting their experiences with slavery on their family's plantation. In 1837, Angelina Grimké became the first woman to address a legislature when she presented a petition to end slavery at the Massachusetts State House. They were early supporters of the women's suffrage movement. In March of 1870, a full 50 years before the 19th Amendment granted women the right to vote, they led a group of 50 women in Hyde Park to the ballot box, where they cast ballots that would not be counted. The Hyde Park Historical Society houses these ballots in its collection.

"The Hyde Park Historical Society is thrilled that the Grimké Sisters, two of Hyde Park's most distinguished residents, are being honored with the naming of this bridge,'' said Elisa Birdseye from the Hyde Park Historical Society. "Their places in both the abolition and women's suffrage movements are long overdue for recognition and restoration to prominence. It is impossible to overemphasize the role they both played in the struggle for justice in both these fields. A bridge, as a symbol of movement and connection, is a fitting way to honor all they worked for."

The bridge dedication is part of the Greater Boston Women's Vote Centennial, a special project led by the Mayor's Office of Women's Advancement that commemorates 100 years since the 19th Amendment was adopted in 1920, enabling women to vote. This special project is made possible in collaboration with the Barbara Lee Family Foundation.

"I am thrilled to see the Grimké sisters receive this special recognition," said Barbara Lee, President and Founder of the Barbara Lee Family Foundation. "What we see and who we see- depicted in our landmarks, and in our town squares - influences how we think about the world. When young girls see women recognized as leaders and heroes, they believe that they too can become leaders and heroes. Thank you to Mayor Marty Walsh, The Mayor's Office of Women's Advancement, and Hyde Park Historic Society for bringing this to fruition."

The soon-to-be-named Grimké Sisters Bridge spans the Neponset River in Hyde Park and is one of the oldest city-owned bridges left in the City of Boston. Built originally in 1908, the bridge was reconstructed in just six months using accelerated techniques to reduce impacts to the community and provide much-needed new infrastructure to the corridor. Mayor Walsh allocated $4,000,000 to the reconstruction of the bridge out of his $2.79 billion five-year capital plan.

Under Mayor Walsh, the Public Works Department (PWD) is reconstructing 14 miles of sidewalks, resurfacing over 52 miles of roadway, and continuing to make Boston's streets safe, equitable and efficient for all cyclists, pedestrians, and drivers. Along with the Grimké Sisters Bridge project, PWD is also making significant investments in the other bridges, such as the North Washington Street Bridge and the Northern Avenue Bridge.

About the Mayor's Office of Women's Advancement

The Mayor's Office of Women's Advancement creates specific programming and opportunities that support three priority areas: economic equity, safety, and empowerment and representation. Some of the office's most recent work includes: research on childcare affordability; a multi-pronged approach to closing the gender pay gaps; reducing the demand for commercial sexual exploitation; and creating specific programming for women entrepreneurs. Learn more on their website.

About the Public Works Department