The pilot program invests a total of $50,000 in the advancement of five individual artists.

Mayor Martin J. Walsh and the Mayor's Office of Arts and Culture today announced the recipients of the City's first-ever Artist Fellowship Award, designed to support the advancement of artists living in Boston.

Five local artists have been selected to receive a fellowship award worth $10,000, designed to recognize exceptional original artistic work while helping recipients advance their careers and continue their work in Boston. 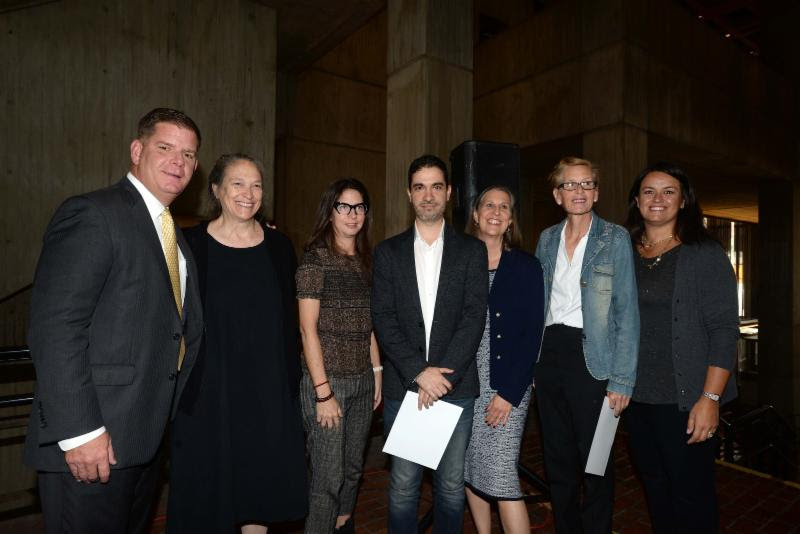 "Keeping artists in Boston is a key goal of the Boston Creates Cultural Plan," said Mayor Walsh. "The artists receiving the awards today have all made essential contributions to the City. We are proud to invest in these artists and help them continue to create the high quality work that makes Boston a thriving community."

The five artists receiving the Artist Fellowship Award include:

The recipients will collaborate with the Mayor's Office of Arts and Culture on an event to showcase their individual work. In addition, recipients will receive professional development support, and mentorship specialized to their needs.

"Boston has a deep community of talented artists who have been creating extraordinary work," said Julie Burros, Chief of Arts and Culture for the City of Boston. "We are thrilled to be able to provide these artists with support that will help them continue to grow and develop while highlighting their commitment to the city"

The Artist Fellowship Award process was open to all individual artists who work professionally in art disciplines and are a City of Boston resident. The Mayor's Office of Arts and Culture received over 300 applications in four languages. The Artist Fellowship Award is an unrestricted award that can be used at the discretion of the recipient, providing the support they need to be able to continue their work. Today's announcement supports the goals of both Boston Creates, the City's cultural plan and also Imagine Boston 2030, the City's first citywide plan in 50 years.

"'It was an honor to serve on this jury," said playwright and actor Melinda Lopez. "Our exposure to the breadth of talent in this city was inspiring. We hope to celebrate our Fellowship Artists, as well as the deep pool of applicants."

About the Boston Cultural Council (BCC)

The Boston Cultural Council, under the umbrella of the Mayor's Office of Arts and Culture, annually distributes funds allocated by the City of Boston and the Massachusetts Cultural Council, a state agency, to support innovative arts, humanities and interpretive sciences programming that enhances the quality of life in our city.

The Mayor's Office of Arts and Culture's mission is to support artists, the cultural sector, and to promote access to the arts for all. The office houses the Boston Cultural Council, the Boston Art Commission, the Poet Laureate program, and the Mayor's Mural Crew. Responsibilities include leading the City's Cultural Plan, Boston Creates; managing the Boston Artist-in-Residence program (BostonAIR); overseeing the Artist Certification process; curating exhibitions in City Hall; operating the historic Strand Theater in Dorchester; and supporting artists and arts organizations in Boston.

About the Boston Creates Cultural Plan

The cultural plan is a ten-year plan for supporting arts and culture in the City of Boston. It was created out of a year-long community engagement effort designed to help local government identify cultural needs, opportunities, and resources and to prioritize, coordinate, and align public and private resources to strengthen Boston's cultural vitality over the long term. The full cultural plan can be found online.