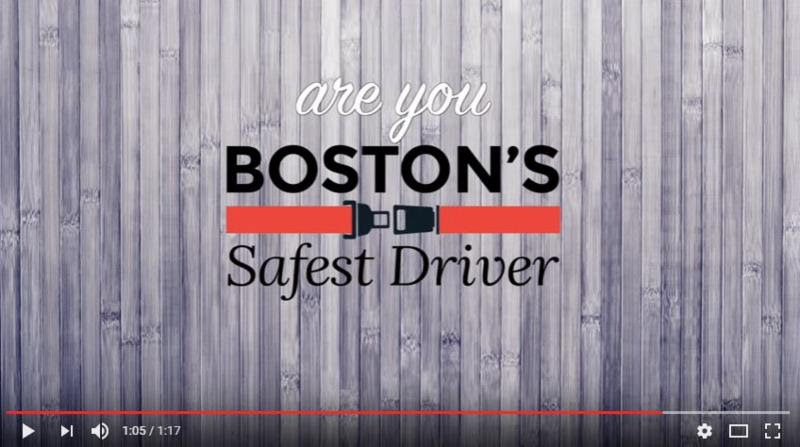 Boston's Safest Driver app was created in partnership with the Mayor's Office of New Urban Mechanics and the Vision Zero Task Force, Cambridge Mobile Telematics (CMT) and the Arbella Insurance Foundation. The smartphone app scores drivers on five behaviors associated with safer driving. To date, 98 users have been awarded over $3,400 in prizes, including prizes for people walking, biking or taking public transportation. Currently, more than 4,000 users have signed up for the app.

For the most active users of the app (the top 25 percent of users), phone distraction scores dropped by 47 percent, hard braking scores by 37 percent and speeding scores by 35 percent. 17 percent of all drivers using the app have gone 25 days in a row or more of no phone usage.

"Our top priority is creating streets that are safe for Boston's pedestrians, cyclists and drivers," said Mayor Walsh. "We know that when drivers are more attentive, we save lives, and this competition is a fun way to encourage drivers to use more caution when traveling on our streets. With Thanksgiving travel approaching, I encourage all Boston residents to commit to safer driving, and I thank Cambridge Mobile Telematics and the Arbella Insurance Foundation for their partnership in making this possible."

Boston's Safest Driver competition allows participants to challenge their family and friends, see how they rank in their community and win prizes for improvement each week. Between now and December 3, participants can download the app and win one of a dozen weekly prizes, provided by the Arbella Insurance Foundation, for everything from having the top score, to being the best new driver, to taking car-free trips. Downloading the app this week will also enter drivers into the grand prize competition where four skilled drivers will win up to $4,500 in prizes.

"The competition is a fun way to approach a serious issue," said Kris Carter, Co-Chair of the Mayor's Office of New Urban Mechanics. "Safe driving is one more topic to discuss around the table on Thursday and we hope people will show off their high scores to spur competition over the final two weeks."

The competition will culminate on December 3, 2016, with the announcement of the safest drivers in the region to be announced shortly thereafter. A major goal of the program is to allow users to become more aware of their own driving habits, particularly distractions from mobile phones, which the app informs the user about after a drive has been completed.

According to the United States Department of Transportation, 3,179 people were killed and 431,000 people were injured in motor vehicle crashes involving distracted drivers in 2014.

In 2015, Mayor Walsh launched Vision Zero Boston as a commitment to focus the City's resources on eliminating fatal and serious traffic crashes in Boston by 2030. The Vision Zero initiative explicitly promises action on addressing distracted driving, reducing speeding, and the exploration of new engagement strategies - all goals that sparked the partnership between CMT and the City.