Mike Lynch transitioned from public policy and media into a IT/communications job just as the Telecommunications Act of 1996 became law. Twenty years later and he’s still doing the same job and loves it because it changes every day! In his role as director of the Broadband and Cable Office, Mike works on:

On the community level, he volunteers at Main Streets, Boston Latin School Association, the Roche Community Center, and the Foundation for BCYF. He’s a graduate of UMass with certificates in Project Management (U.Mass) and Government CIO (Rutgers.) 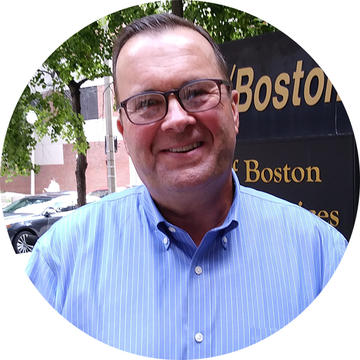