Reverend Mariama White-Hammond is the Chief of Environment, Energy, and Open Space for the City of Boston. In this role, Rev. White-Hammond is responsible for leading the Cabinet in achieving its mission of enhancing environmental justice and quality of life in Boston by protecting air, water, climate, and land resources, as well as preserving and improving the integrity of Boston's architectural and historic resources.

Rev. Mariama White-Hammond has extensive background in embedding equity and environmental justice into Boston’s communities. She is the founding pastor of New Roots AME Church in Dorchester, a multi-racial, multi-class community. In this work, Rev. White-Hammond utilizes an intersectional lens to connect ecology, immigration, climate change, energy policy and economic justice. She is a fellow with the Green Justice Coalition, which brings together eight social/environmental justice groups from around Massachusetts. Rev. White-Hammond is a public speaker throughout the nation and was a leader for both the 2017 Boston Women’s March and Boston People’s Climate Mobilization. She has received numerous awards, including the Barr Fellowship, the Celtics Heroes Among Us, The Roxbury Founders Day Award and the Boston NAACP Image award. She was selected as one of the Grist 50 Fixers for 2019 and Sojourners 11 Women Shaping the Church.

The Cabinet includes the Environment Department and the Parks and Recreation Department. As Chief, Rev. White-Hammond oversees policy and programs on energy, climate change, sustainability, building safety, historic preservation and open space, including Climate Ready Boston, the building energy reporting and disclosure ordinance, rental registry, and Greenovate Boston, the City's community outreach initiative on sustainability. She continues to move the City towards its goal of being carbon neutral by 2050, as part of Carbon Free Boston.

Rev. White-Hammond was born and raised in Boston and began her community engagement in high school when she worked as a Peer Health Educator. She was particularly shaped by her involvement in Project HIP-HOP (Highways Into the Past - History, Organizing and Power), a youth organization focused on teaching the history of the Civil Rights Movement and engaging a new generation of young people in activism. After college, she returned to Boston, and became the Executive Director of Project HIP-HOP, where she joyfully engaged young people in community organizing and culture making. After 13 years at Project HIP-HOP in 2014, Rev. White-Hammond left the organization to attend Boston University School of Theology. In 2017, she graduated with her Master of Divinity and was ordained an elder in the African Methodist Episcopal Church. In 2018 she founded New Roots AME Church, a multi-racial congregation in Dorchester. 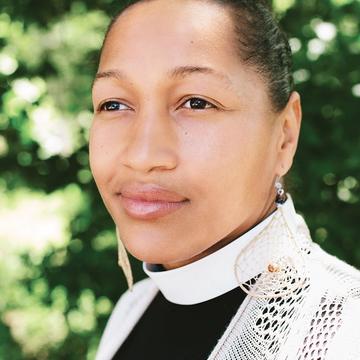