Sanjay serves on the Climate Ready Boston team at the Environment Department, where he leads neighborhood climate resilience planning, manages the Climate Ready Boston program in collaboration with a wide range of partners, and engages in other plans, projects, and partnerships that address the impacts of climate change and protect the health and well-being of all residents and communities in Boston.

Prior to his time with the City, Sanjay worked on an interdisciplinary consultant team on behalf of the City of New York to develop a plan for a multi-billion dollar investment to protect the city from the impacts of climate change. Additionally, he served on the teaching team at the Harvard Kennedy School of Government for a hands-on course focused on building effective, values-driven organizing campaigns. He also served as a Fellow of the Bloomberg Harvard City Leadership Initiative, developing tailored management, leadership, and decision-making programs for mayors and their senior staff.

Previously, Sanjay was a Research Analyst on the Energy and Environment team at Regional Plan Association, a think-tank for the New York metropolitan area, where he focused on regional climate change adaptation and mitigation, parks and open space, and international forums for sharing best practices among global cities and regions. He has also worked at the New York City Department of Parks and Recreation, the Design Trust for Public Space, and on various political and organizing campaigns.

Originally from Bismarck, North Dakota, Sanjay received his BA (Hons) in Economics, Politics, and Public Policy from Goldsmiths, University of London, his Master in Urban Planning from the Harvard Graduate School of Design, and his Master in Public Administration from the Harvard Kennedy School of Government. He is the founder of the Climate Leaders Program at Harvard, a year-long training program for students with a professional interest in climate action, and also Co-Founder and Co-President of Harvard Alumni for Climate and the Environment. 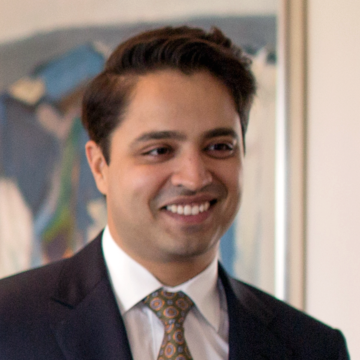