Louis and Beatrice came to Boston during Prohibition, where Louis worked as a butcher. The couple then became business owners, opening White's Super Market in Roslindale in 1933.The Whites were always forward-thinking.  After Prohibition, they bought a liquor license for their supermarket. This decision eventually led to the supermarket becoming a full liquor store.

The Whites entrepreneurial spirit continued. The liquor store became the first discounted liquor store in Massachusetts. It also was one of the first liquor stores to use female clerks. The business has now expanded to include locations in Medford and Quincy.

Today the family business is Atlas Wine & Liquors. The White's grandchildren (Jeff and Peter Fine and Natalie Fernsebner), run the business. Jeff, Peter and Natalie are proud of their family’s immigrant story and to be a part of "To Immigrants With Love." 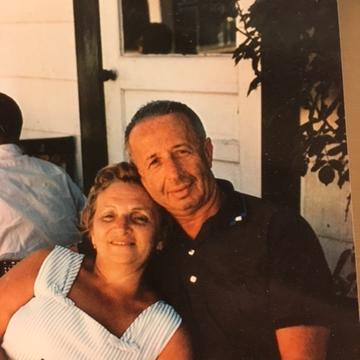 Learn about the program:

To Immigrants with Love