Learn more about our plans for testing autonomous vehicles, and their potential future in the City of Boston.

Autonomous vehicles offer immense promise to help us get closer to these goals. However, the promise of these vehicles isn't a given. They could displace an important workforce and encourage both sprawl and congestion. That’s why we launched an autonomous vehicle testing program.

What can be achieved?

During our Go Boston 2030 planning, these were the values Boston residents told us they wanted for their transportation system to embody.

Some of crashes on our streets are caused by human error or by impaired drivers. The promise of autonomous vehicles is to significantly reduce the number of serious crashes.

Who stands to benefit most from this technology if it’s applied the right way? Many people, including:

We can reduce the number of vehicles on our roadways through the adoption of shared fleets of autonomous vehicles. This frees up space for other uses, other travel modes, and creates more predictable travel times.

We are taking a graduated approach to AV testing in Boston.

At first, any company will be constrained in the time, place, and manner of their testing.  Before testing on streets, companies must meet — off-street — our important standards, including:

We’ll only allow testing during good weather and daylight hours in early phases. Once a company reaches certain milestones, we will allow them to begin testing::

Currently, vehicle testing in Boston includes the use of a safety driver focused on roadway activity. There is also a safety engineer monitoring the vehicle's software. 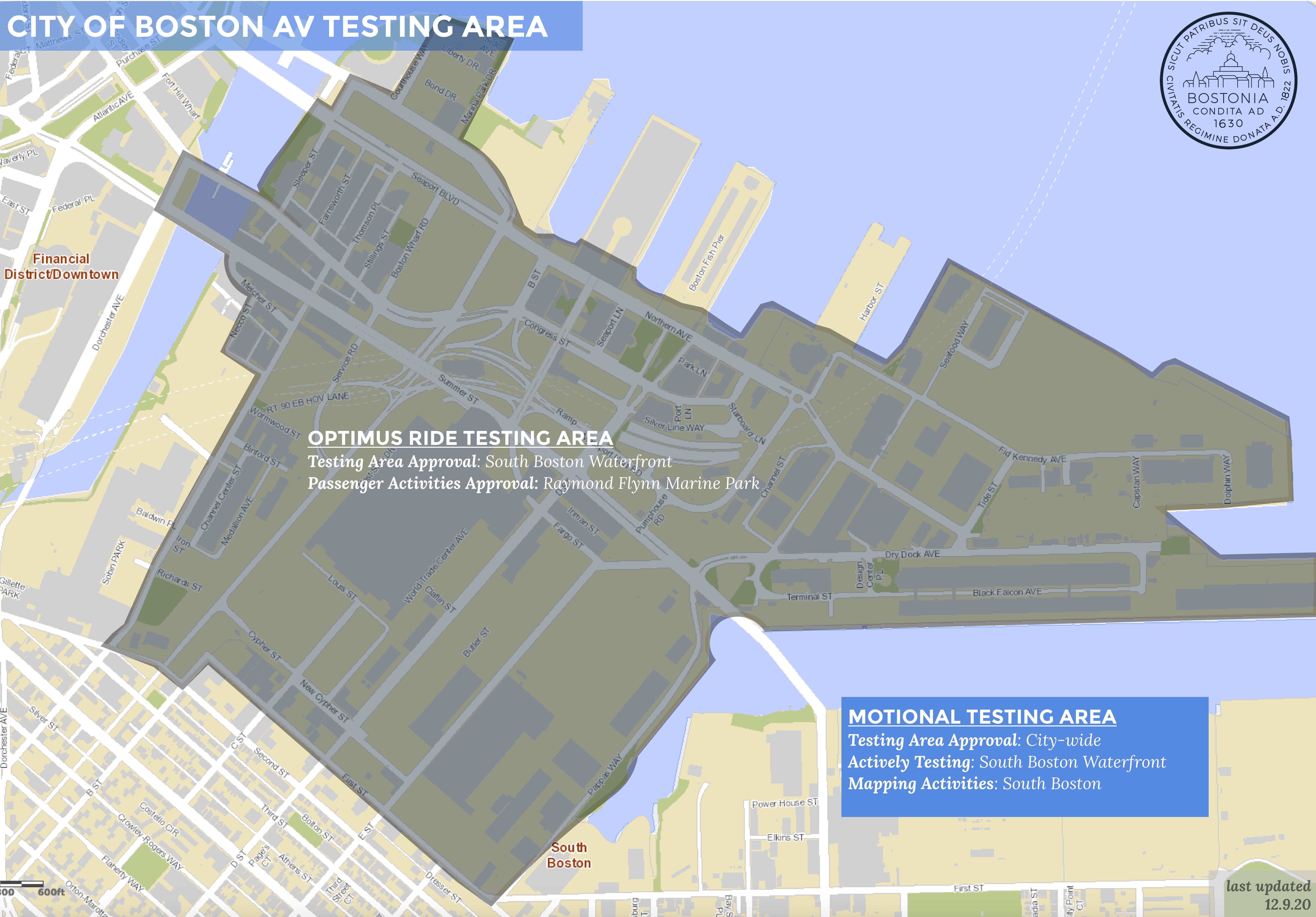 Initial on-street testing occurs within the City's Raymond Flynn Marine Park in the Innovation District. After meeting test plan milestones, partners can request to expand out of the Marine Park in subsequent phases.

The majority of testing is currently occurring in the South Boston Waterfront. Motional (formerly Aptiv and nuTonomy) has approval for mapping additional neighborhoods in the City. In Fall 2021, Motional began user interface and experience testing, where the vehicle is piloted by a human driver at all times, in other neighborhoods, including: Downtown, North End, Seaport, Fort Point, Roxbury, Dorchester, South Boston, Back Bay, South End, Chinatown, Mission Hill, and Longwood/Fenway neighborhoods. There is not currently autonomous testing in these areas.

We believe that safety is paramount in the testing of autonomous vehicles.

The City of Boston and our partners at MassDOT have put together a number of safety checks in the application process and within the administration of the phased testing program.

Our testing partners are collaborative in this effort and often exceed the safety standards put in place. 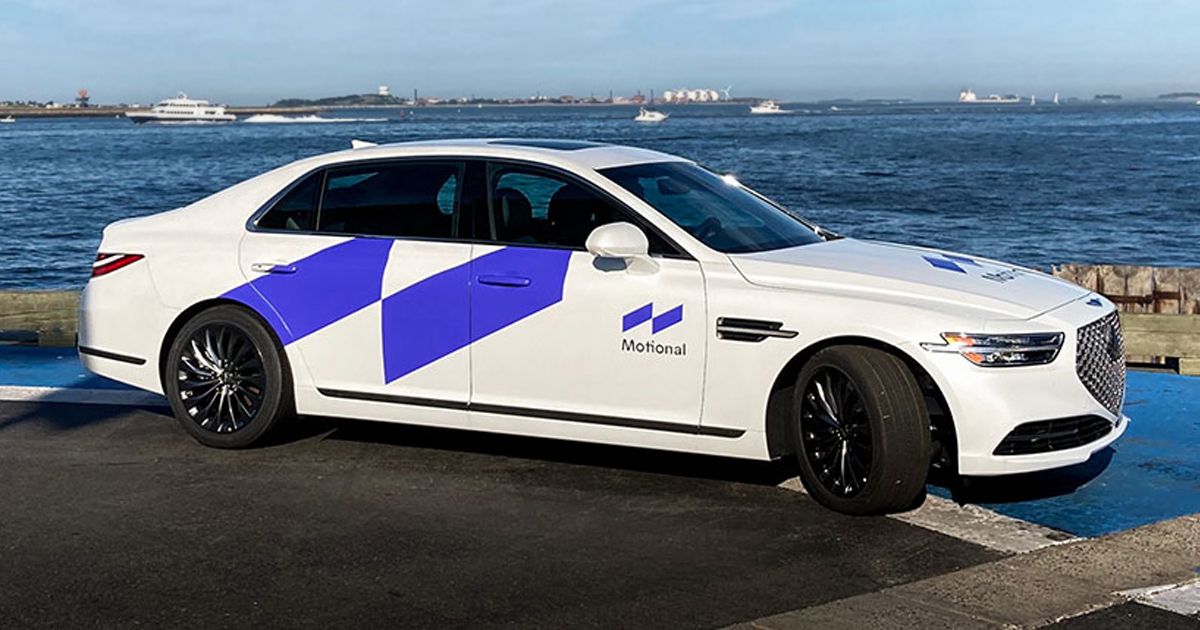 Review the related documents section below for more testing details.

The City is interested in exploring partnerships and shared research agendas in four areas:

Please connect with us if you would like to explore the future together.

To begin testing in the City of Boston, a provider must:

In advance of the application to MassDOT, a testing provider needs to agree on a phased testing plan with the City of Boston.

We’ll be working closely with the Commonwealth of Massachusetts, MassPort, and area research institutions. However, we’ve also created two formal partnerships to help us think about what autonomous vehicles could mean for cities:

In June 2016, Boston was selected by the World Economic Forum as a focus-city for policy and pilot development of autonomous vehicles. Through this partnership, we worked with:

Transportation For America’s Smart City Collaborative share ideas, data, and best practices with 14 other cities across the country.  Our specific area in this collaborative is the autonomous vehicle working group.

The City of Boston is part of the Low-speed Automated Shuttle Working Group. This collection of public officials around the country leads shuttle testing work. The working group is chaired and facilitated by the the team at Volpe. The goal is to share learnings and best practices.