Courtney D. Sharpe is an urban planner who focuses on advancing equitable access to resources in communities. Prior to becoming the Director of Planning for the Office of Arts and Culture, she served at the Boston Planning and Development Agency as the Senior Planner for Back Bay, Roxbury, and Mattapan, where she led the implementation of the Roxbury Strategic Master Plan via the PLAN: Nubian Square initiative. In her early career, she served as a Peace Corps Volunteer in Morocco and worked for immigrant rights as an AmeriCorps Fellow in Chicago.

She received her bachelor’s degree from Northwestern University where she studied International Studies, Religion, and Asian American Studies. She later attended the Harvard Graduate School of Design where she received her Masters in Urban Planning with a specialization in Urban Governance and Social Justice. She co-chaired the inaugural Black in Design Conference in 2015 and has served as an Advisory Board member for the 2017 conference.

Courtney is a Board Member of the Boston Society of Architects/AIA and sits on the Advisory Boards of the Northeastern School of Public Policy and Urban Affairs as well as Arts Connect International. 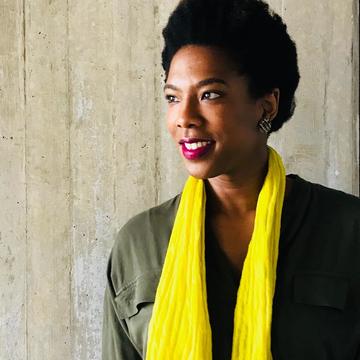