Golden is working with the Mayor’s Office of Women’s Advancement, which seeks to promote gender equity by empowering women and removing systemic barriers to their advancement. 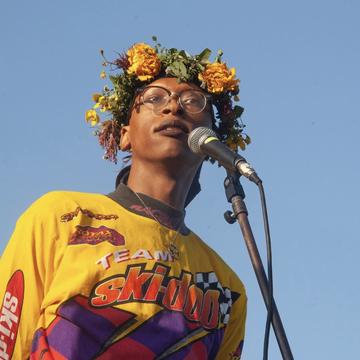 In response to the current COVID-19 pandemic, Golden hosted "WE BEEN HERE" during National Poetry Month. It served as a virtual artist presentation and kickback series centering around trans and non-binary artists who are engaging with, influenced by, or in conversation with poetry.

This series was a way to compensate trans and non-binary artists internationally who have faced deficits in income due to the pandemic, as well as to create a space where they could converse, share their work, and be. 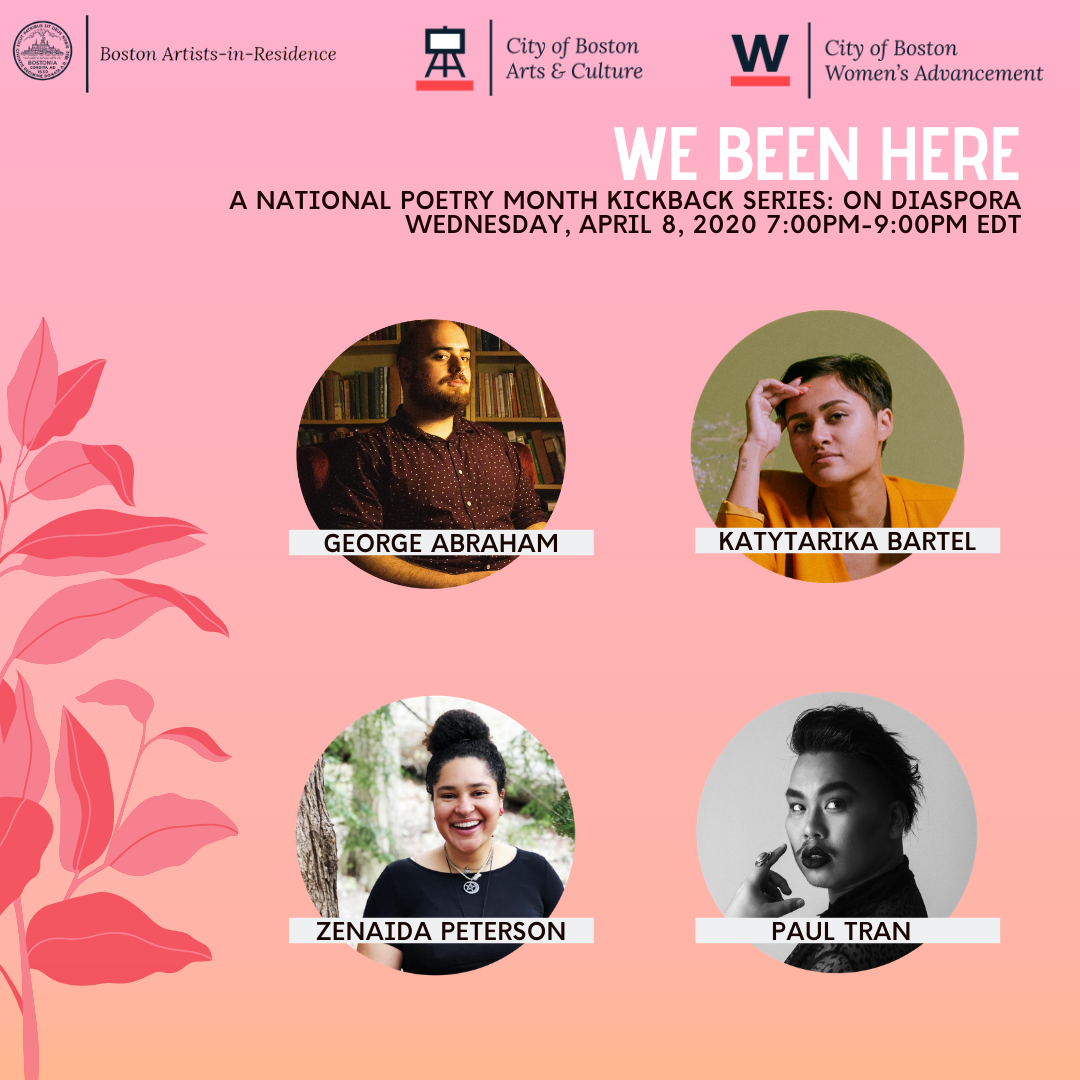 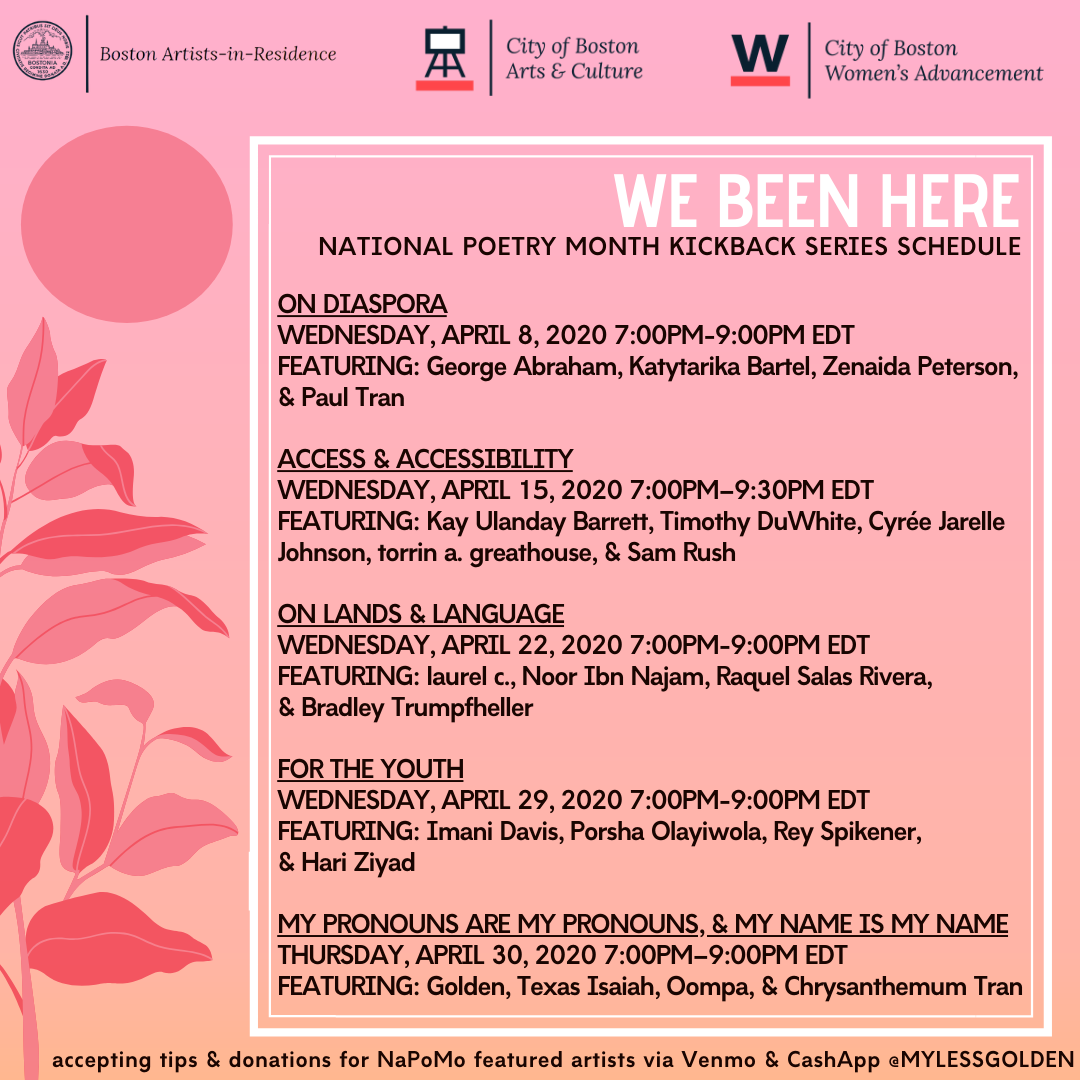 Listen to the podcast 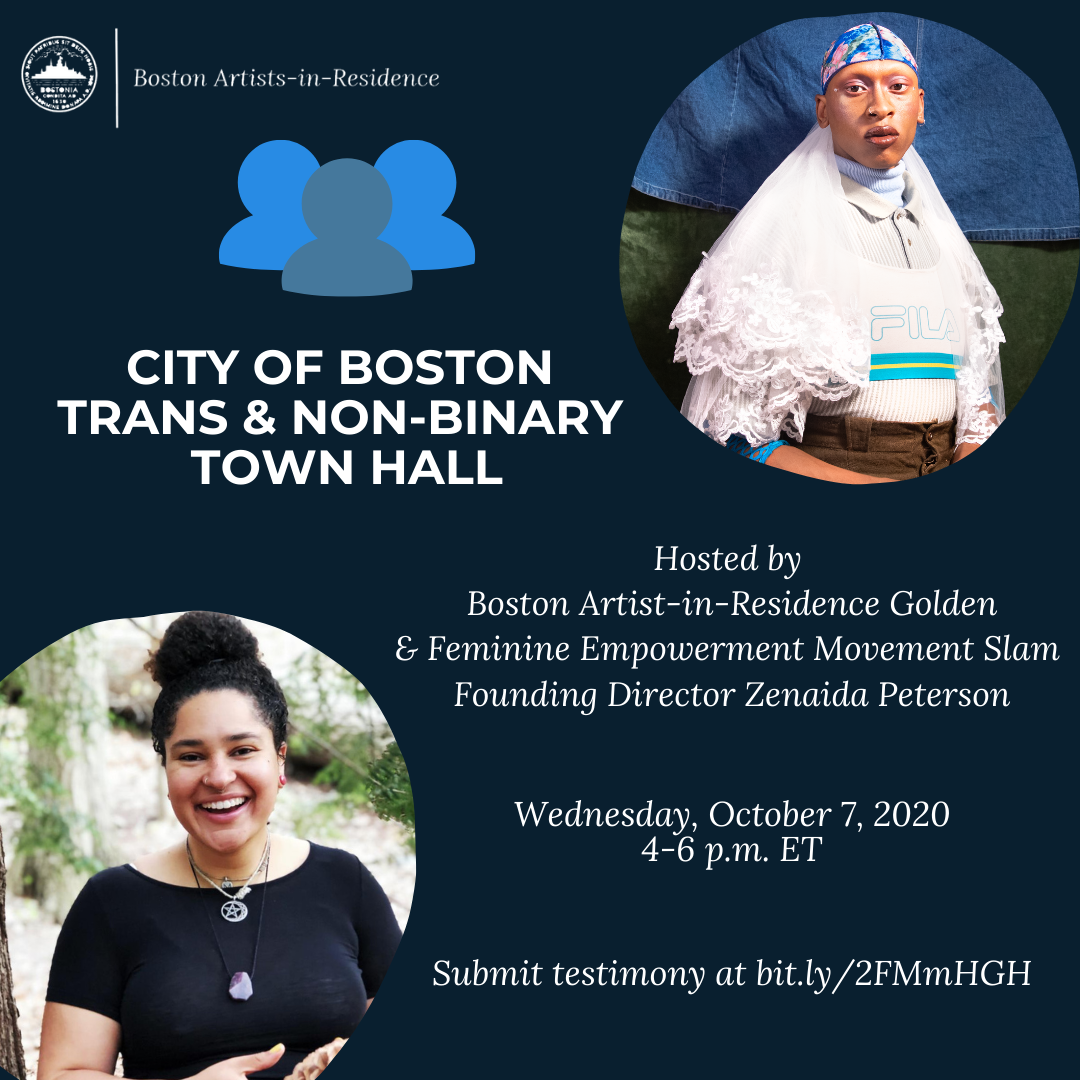 Watch the recording of the town hall.