John Crowley has been the Curator and Exhibitions Coordinator for Boston City Hall since 2003. In that role, he welcomes Boston arts groups, neighborhoods, and individual artists to utilize the display areas of City Hall to promote their art or missions. He is responsible for curating and hanging more than 50 exhibitions a year, as well as maintaining the gallery spaces. He also organizes the jury portion of the Boston Artists Certification Program.

Originally from South Weymouth, John started his career as an illustrator and moved on to painting large scale murals for private businesses. With a BFA from Massachusetts College of Art and Design, he installed exhibitions and assisted artists at the Addison Gallery of Philips Academy in Andover, as well as commercial galleries in the Boston area. In 1998, he started working for the Mayor’s Mural Crew and painted murals with teenagers as part of a summer youth program run by the City. After five years with the Mural Crew, he was asked to run the galleries at City Hall. He later earned a graduate level Certificate in Art Administration from Boston University Metropolitan School.

Some of John’s favorite memories as Curator for the City Hall galleries include the "375 Views of Boston" exhibition in honor of Boston’s 375th anniversary, and the annual "Emerging Artists" exhibition and awards. John is also a painter and sculptor, and was the winner of the 2005 International Red Bull Art of the Can Exhibition. He is an art history enthusiast and he believes art must keep pushing the limits to remain relevant. When he’s not making art or visiting art museums, he is an avid skier, golfer, and fisherman. 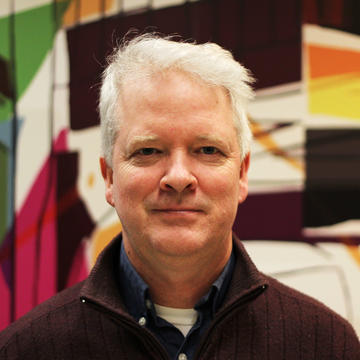