Robert Freeman has been showing nationally for more than 30 years, and has been included in the collections of the National Center for African American Artists, Boston Public Library, Brown University, DeCordova Museum, and the Museum of Fine Arts, Boston.

Known for his vivid and powerful figurative paintings, Robert Freeman has traditionally focused on the interactions between people in his work. In couples and crowds, the characters in his paintings betray their emotions with expressive faces and body language. Skillful, brave use of color and gesture are the trademark of Freeman's work. 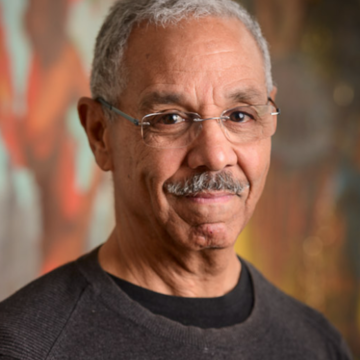