Reflecting on a busy, and changing, City of Boston

As we say goodbye to 2018, we’re looking back on some big Digital Team projects from the last few months of the year.

The Digital Team has been busy this fall and winter, and so has the City. We launched an important campaign around the new plastic bag ordinance in Boston. Before this year’s big midterm election, we had another successful early voting campaign. The City released new designs around developing for resiliency in the face of climate change. And — oh yeah — the Red Sox won the World Series.

You can learn more about our recent efforts, and more, below. 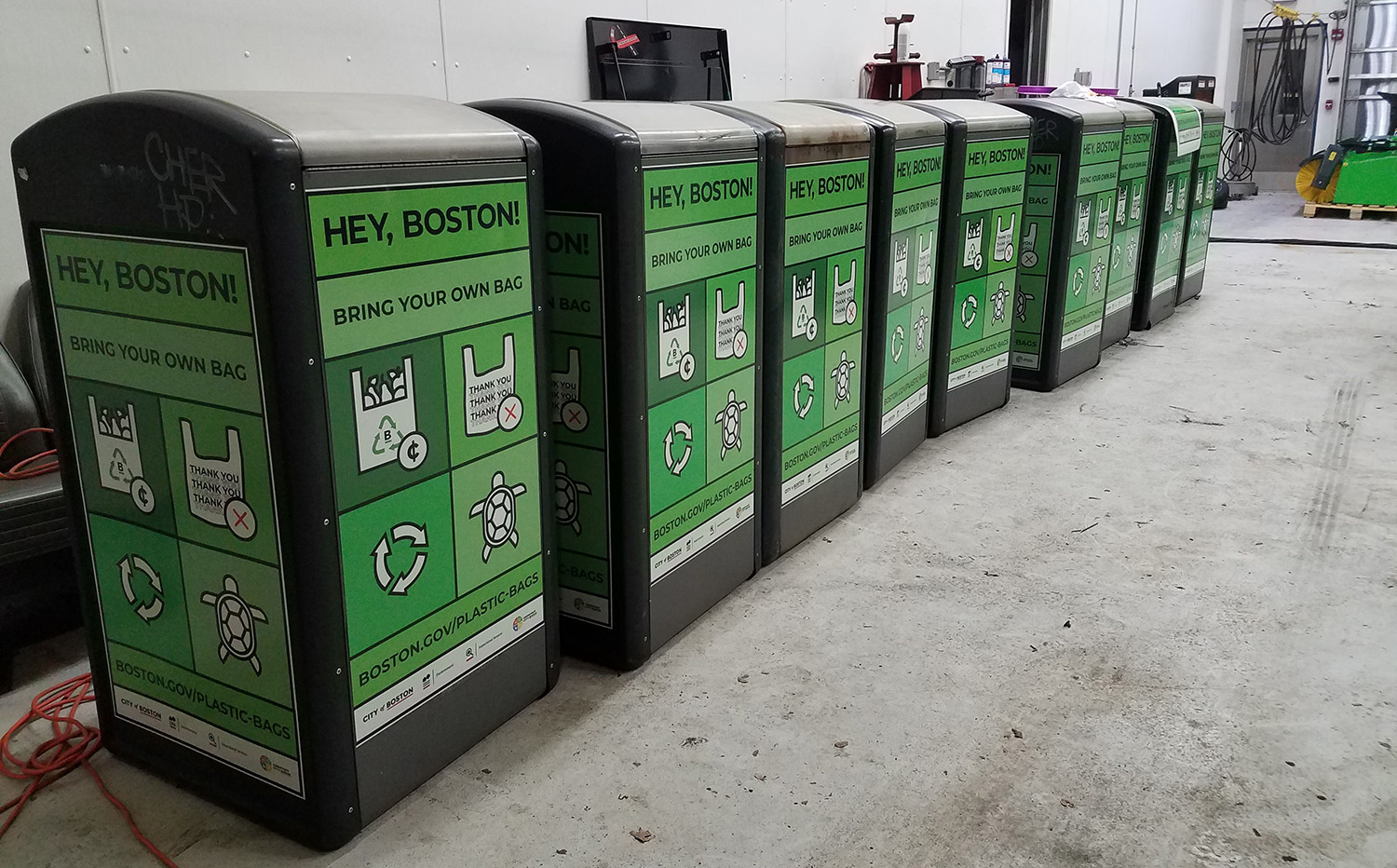 We know that single-use plastic bags have an impact on the environment. They often end up in City streets and gutters, abandoned lots, and even in trees. On December 14, the City's plastic bag ordinance went into effect. Retailers can now only keep in stock recyclable paper bags, compostable bags, and reusable bags.

We partnered with the Environment Department and Inspectional Services to develop a communications plan to keep residents informed. Over the past few months, we’ve been pushing out helpful tips and reminders about the ordinance through social and traditional media, including billboards. You may have seen our signs posted near registers across the City. On Boston.gov, you can learn about the basics and see answers to common questions on our reducing plastic bags page. Businesses can also learn about exemption information.

We were amazed to see the enthusiasm of voters in 2018’s record-breaking, off-year election. During the state’s early voting period, more than half a million people voted early across the state, with more than 28,000 early voters in Boston.

These numbers were still short of the early voting statistics in 2016. In the 2016 presidential election year, one million residents voted early across the state, with 48,000 voting early in Boston. But, on a percentage basis, we stayed consistent with our 2016 turnout numbers across the state, and even gained slightly in Boston. You can play around with this state turnout map to see the differences between 2016 and 2018. 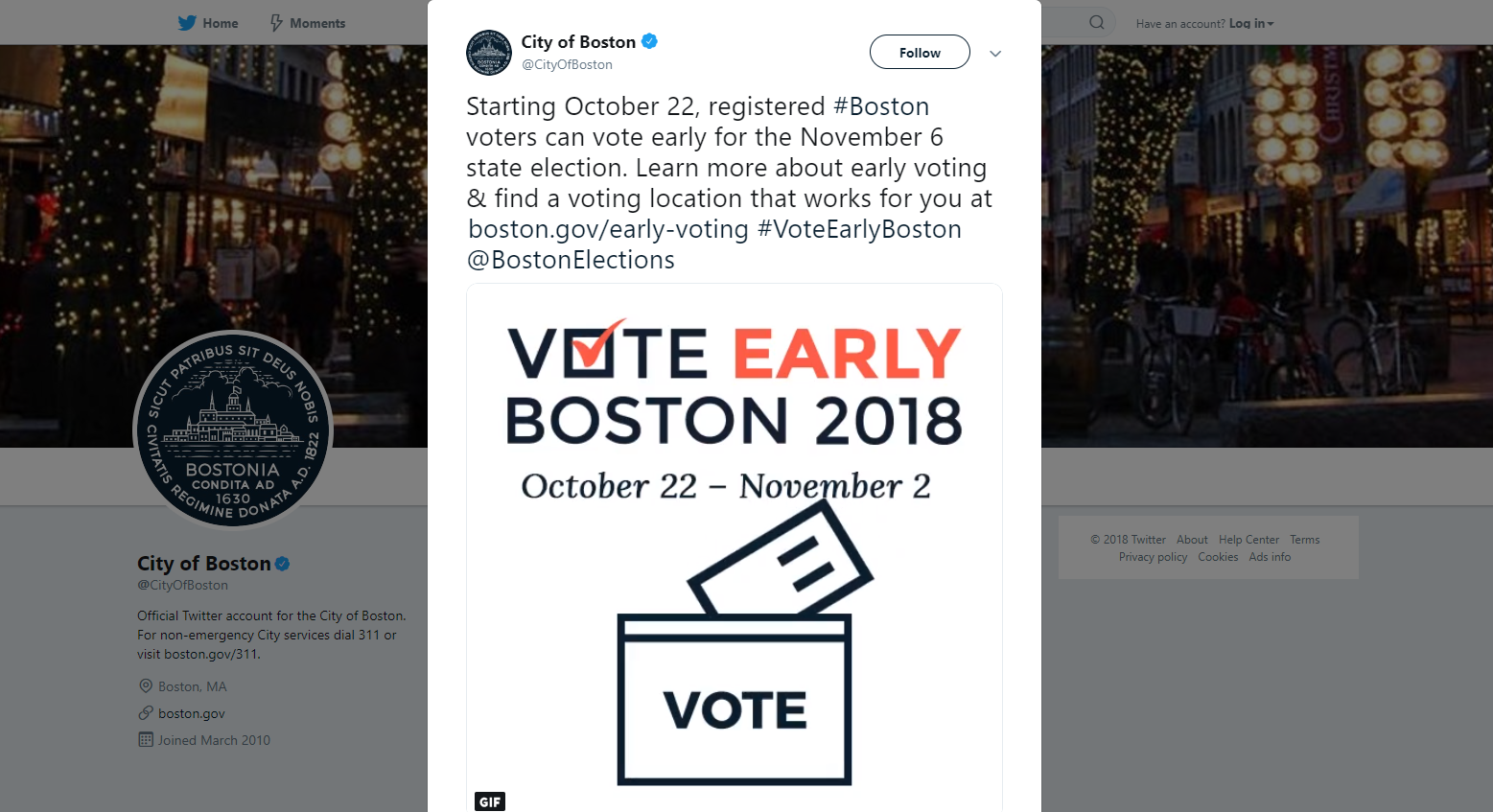 We’ve all seen the effects of climate change in Boston, including hotter summers and flooding during winter storms, nor'easters, and King Tides. The City is paying attention, and preparing for the short- and long-term impacts of climate change. In the fall, Public Works and the Environment Department built pages on Boston.gov focused on building a more resilient Boston. 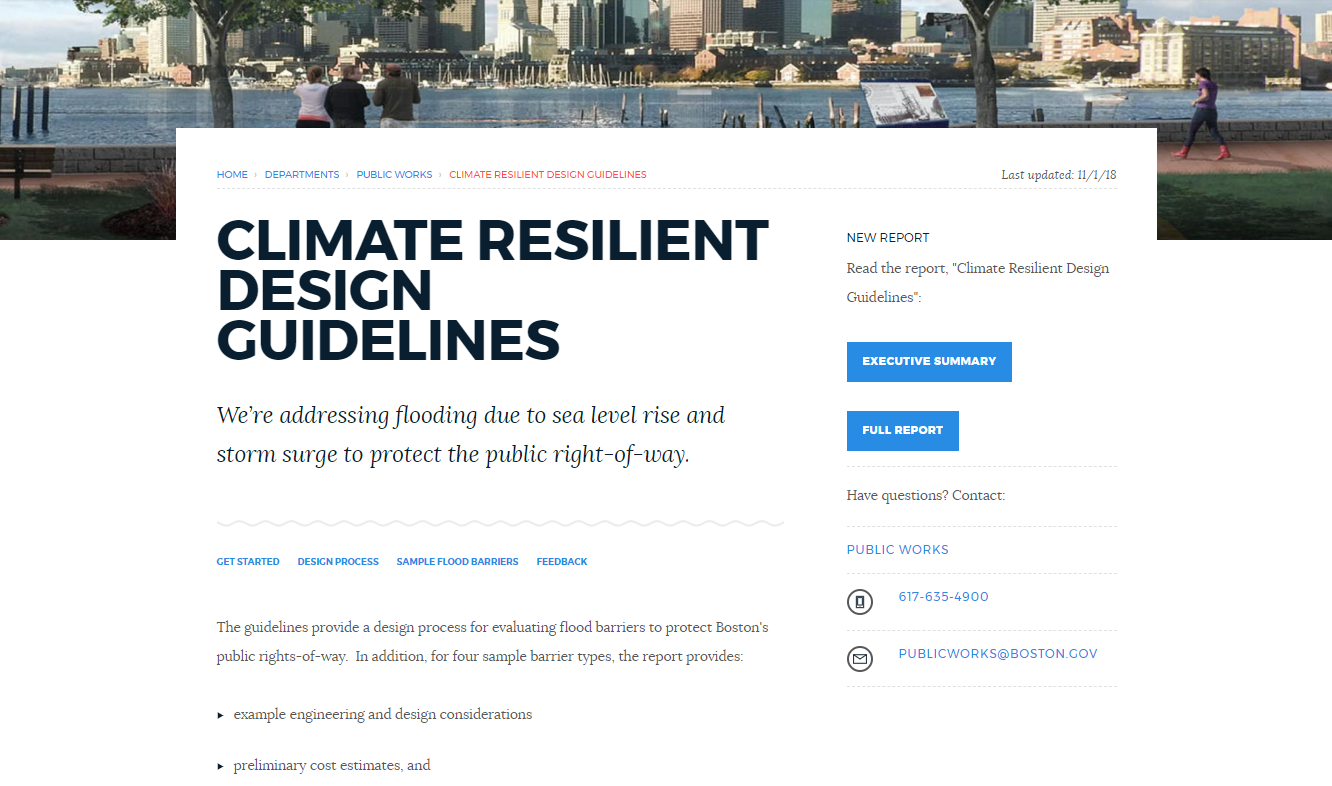 For Public Works, the focus was on climate resilient design guidelines. The guidelines offer a design process for evaluating and creating flood barriers that protect the public right-of-way. You can download the full guidelines on their page. You can also preview sample drawings of protective barriers, and offer your feedback. Public Works plans to turn these guidelines into a living document on Boston.gov, with updates that address revised climate projections and new projects. 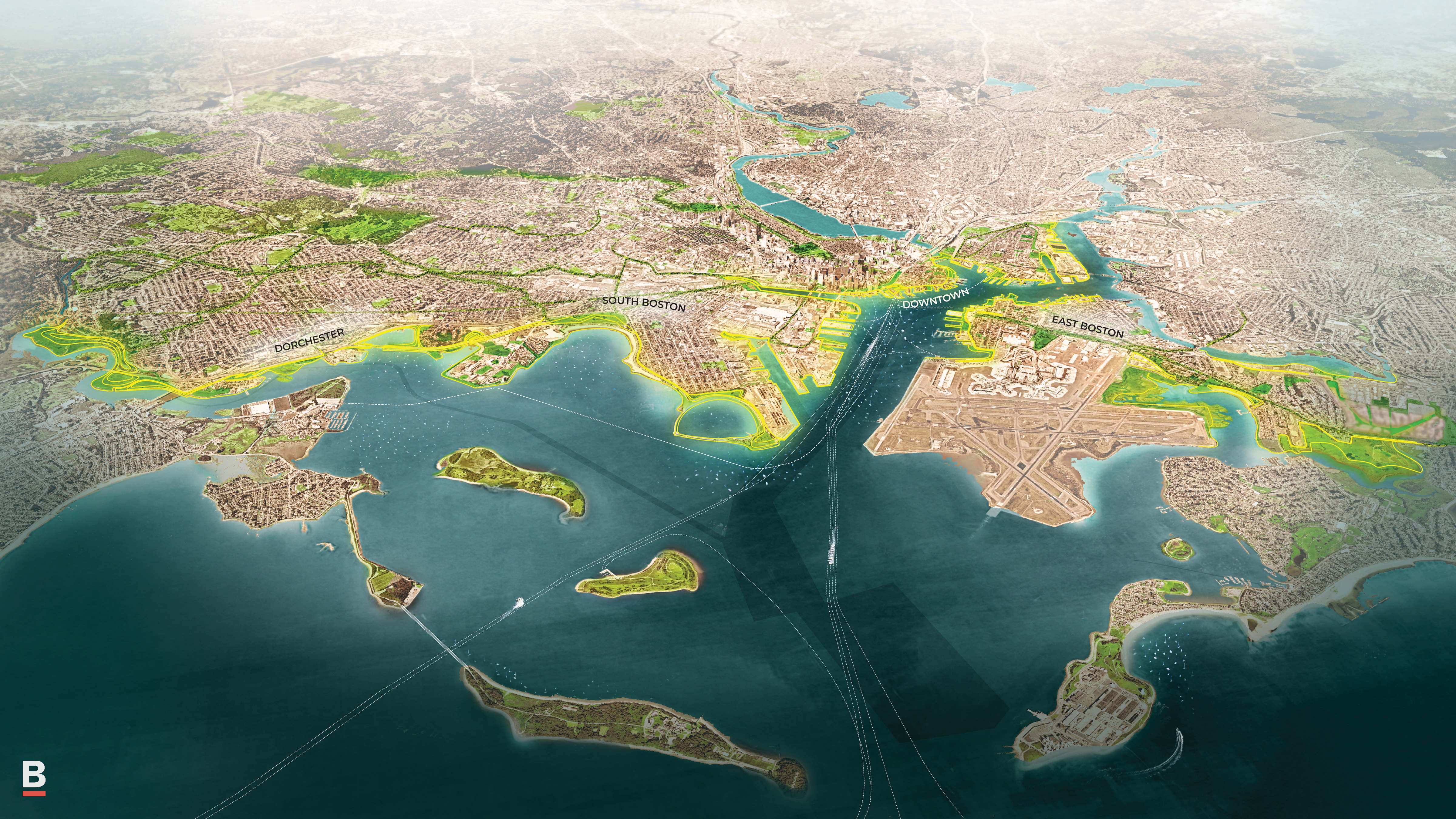 As part of the resiliency effort, the Environment Department created its Resilient Boston Harbor website. On the page, you can view maps and images that lay out a comprehensive vision of coastal resilience. The materials highlight areas where we can invest in our neighborhoods, waterfront, and open spaces. Resilient Boston Harbor focuses on four key flooding areas in the City:

Following in the footsteps of Preservation Month, two new pages were created on Boston.gov dedicated to month-long events.

First, we helped the Latinx Employee Resource Group at the City build a page for National Hispanic Heritage Month, which takes place from September 15 - October 15. The website featured events that celebrate the history and culture of Latinos around the City of Boston.

To recognize September as National Recovery Month, the City created the Mayor’s Recovery Month Book Club. This was a joint effort by the Offices of Arts and Culture and Recovery Services, as well as the Boston Public Library. During the month, the City hosted group reads and author talks featuring books focused on substance use and addiction recovery.

For the second time since we launched Boston.gov, we got to create another page after a big win from one of our local pro teams. This time, it was the Red Sox getting it done, beating the Los Angeles Dodgers in five games for their ninth World Series title. As with the Patriots’ last Super Bowl victory, we quickly created a page for the Red Sox parade to keep residents informed about what to expect.

Staff all over City Hall worked together to push out our information about the prepare route, parking and traffic restrictions, and more. Aside from our social media outreach, we had close to 90,000 pageviews in just a few days for just this one parade page.