Annissa Essaibi George, a daughter of Dorchester and a teacher to East Boston, was adopted by all Boston neighborhoods when they elected her city councilor-at-large in November 2015.

A first-generation American, Annissa brings first-hand understanding of the immigrant experience. Her father, Ezzeddine, immigrated to the United States from Tunisia in 1972. Her mother, Barbara, was born in a Displaced Persons’ camp in Germany of Polish parents.

Annissa has made both her life and her living in Boston. She graduated from Boston Technical High School, and earned a B.A. in Political Science from Boston University and a Masters degree of Education from University of Massachusetts Boston.

She and her husband, Dorchester-native Doug George, are the proud parents of four boys: Douglas, age 11, and triplets, Charlie, Kayden and Samir, age 9. All of the boys attend Boston Public School the Oliver Perry School in South Boston.

Starting in 2001, Annissa taught Economics, Business Management (as part of the National Foundation for Teaching Entrepreneurship) and Health & Human Services to juniors and seniors at East Boston High School. She also served as the assistant softball coach. Prior to her working as a teacher, she served as the Student Services Liaison for the Boston Private Industry Council, where she connected students with workplace learning opportunities. Her abiding commitment to education and to helping students understand and prepare for work opportunities have been a primary motivation for Annissa. She looks forward to bringing the value of this experience to the City Council and, in turn, to students and families across Boston.

Annissa also is the founder and owner of Stitch House in Dorchester. This brick and mortar retail shop sells yarn and fabrics and offers classes in knitting, sewing, quilting and crochet, all hobbies Annissa has enjoyed since childhood. Stitch House is a thriving, small business that attracts customers from the greater Boston area and beyond since 2007.  Annissa understands the process of developing an idea, building a business and sustaining it during difficult economic times. She also appreciates how small businesses add value to a community, both economically and as a way to strengthen people’s ties to each other and their community. She’ll be an advocate for small business development on the city council.

Last, Annissa has contributed to her community as an active volunteer serving on the Dorchester House Health Center Board of Directors, Dorchester Day Parade Committee, Columbia Point Task Force, as a former Board Member of McCormack Civic Association and former President of Columbia-Savin Hill Civic Association.

Along with her focus on quality and access to Boston’s schools and economic development, Annissa is committed to advance public safety in the city. She will make every effort to help the city address the scourge of addiction and reduce its cost to individuals, families, businesses and the city as a whole.

As a mother, a teacher and a small business owner, Annissa has profound investments in the future of the great City of Boston. She looks forward to collaborating with her colleagues on the Council and serving communities in every neighborhood to contribute to continuing Boston’s proud tradition of success. 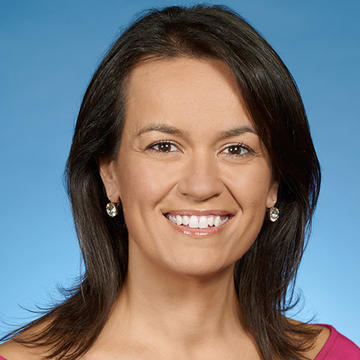