The residents of District 8 elected Josh Zakim to the Boston City Council on November 5, 2013. Josh represents the neighborhoods of Back Bay, Beacon Hill, Fenway, Kenmore Square, Mission Hill, Audubon Circle, and the West End. He is a Back Bay resident, attorney, and community activist, and chairs the Council's Committee on Housing and Community Development.

Josh’s parents instilled a strong sense of social and economic justice in him and his younger sisters, Shari and Deena. Josh’s father, Lenny, lived out those values every day in his work throughout Greater Boston by building and growing coalitions among our city’s many diverse groups. Josh brings to the Council that same passion for inclusiveness and a drive to provide access and opportunity for all Bostonians.

During his first term, Josh led the Council's efforts to address issues of equity and fairness in Boston. He authored the Boston Trust Act to improve trust and cooperation between immigrant communities and law enforcement, prohibiting the Boston Police Department from detaining residents based on immigration status. Josh also led a series of hearings to investigate serious health and safety concerns faced by Boston residents in rental housing, improving landlord accountability and maintenance. He successfully introduced an ordinance extending protections for apartment tenants whose homes are converted to condominiums or co-ops, including increased financial safeguards for elderly, disabled, and low-income tenants. Josh also convened hearings to address the unique challenges faced by seniors in the LGBTQ community in finding affordable, welcoming housing in Boston.

Josh has consistently advocated for the interests of Boston’s underserved and disempowered. Whether holding tax-exempt institutions publicly accountable when they resisted paying their fair share into the City’s PILOT program or joining with neighbors in Mission Hill and the West End in opposing development that would negatively impact residents and businesses, Josh has worked to ensure that all Bostonians have a voice in matters of civic importance. He also created the nation’s first municipal College Athlete Gameday Safety Protocol, providing health and safety guarantees for college athletes competing in Boston, and he amended the University Accountability Act to ensure fair and safe off-campus housing practices for our City’s students and their neighbors.

Josh graduated from the University of Pennsylvania and Northeastern University School of Law, and began his career at Greater Boston Legal Services where he represented working families who were facing the loss of their homes to foreclosure at the hands of predatory lenders. At GBLS, Josh fought for economic justice by working with stakeholders at all levels of government, his clients, and lenders to secure loan modifications that allowed most of these families to remain in their homes. Before running for office, Josh most recently worked in the Public Finance group of the law firm Mintz Levin, focusing his practice on municipal bond transactions for the Commonwealth of Massachusetts, MassPort, and the MBTA.

Josh continues to play an active role in community organizations as a member of the Boston Ward 5 Democratic Committee and a board member of the Lenny Zakim Fund, an organization founded by his father and friends to provide financial support and management training to innovative non-profits dedicated to tackling complex social issues. 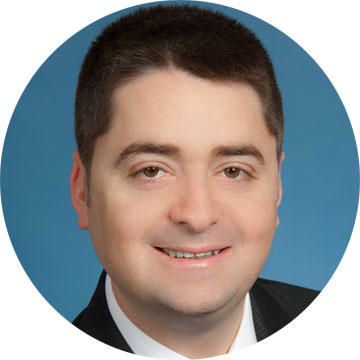