Mark was born and raised in a working class family in Allston-Brighton. Without a father, his mother, Louise, taught him the importance of community at a very young age. Growing up, Mark involved himself in numerous sports and youth organizations. Through these experiences, Mark learned the values of a close knit community of coaches, teachers, parents, and community leaders. Mark attended Boston Public Schools and went on to receive a BS from Suffolk University, being the first person in his family to earn a college degree.

After graduating, Mark made it a priority to give back to the community that had given him so much. He served as a teacher for at-risk youth, was the Assistant Director of the Jackson Mann Community Center and spent 14 years as the Executive Director of the Veronica B. Smith Multi-Service Senior Center in Brighton. In addition, Mark has been a small business owner and been a founding member of several civic organizations including: The Hobart Park Neighborhood Association, the Allston-Brighton Healthy Boston Coalition, Brighton Little League, and the Boston Partnership of Older Adults.

Mark and his wife, Laura, chose to live in Allston-Brighton and raise their two sons, Michael and Matthew, in the community that has served Mark's family for four generations. Mark believes that his responsibility as a City Councilor is to give back to the community that has given him and his family so much over the years. 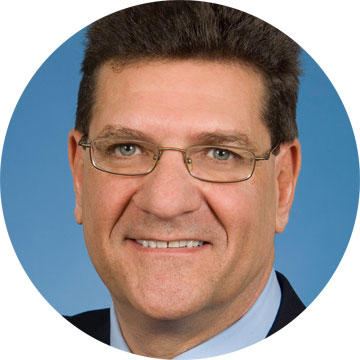