Joe Cornish joined the Preservation Team of the City of Boston’s Environment Department as the Director of Design Review in 2016.  In this position he oversees proposed changes in the Back Bay, Bay Village, and Bay State Road/Back Bay West historic districts, and supervises staff responsible for the other districts.

Prior to working for the City, Joe worked for Historic New England from 1998 to 2016, where he administered and enforced the preservation easements that organization holds on more than 100 historic properties.  He is the past president of the New England Chapter of the Society of Architectural Historians, and the former co-chair of the Belmont Historic District Commission in Belmont, Massachusetts. He received his M.A. degree in Preservation Studies from Boston University, and his B.A. degree in History and Art History from the College of the Holy Cross. 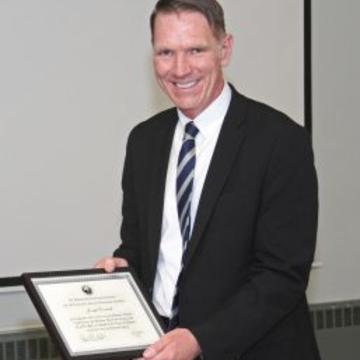