Kathleen started out as an historical tour guide in Boston in the 1980s and fell in love with the City and the stories it holds. She then went on to study archaeology and historic preservation in Connecticut. She has worked as a contract archaeologist and historical consultant for both developers and municipalities for over 25 years. She has participated in dozens of archaeological excavations and worked to develop preservation planning tools and guidelines for several municipalities. She even served as the municipal historian for her home town of Redding, CT.

After leaving the Connecticut Trust for Historic Preservation, she earned an M.A in Public History where she did her internship with the Boston City Archaeology Program. Kathleen started working for the Landmarks Commission in January of 2017. In her position as Assistant Survey Director, Kathleen is the Certified Local Government Coordinator, and oversees review of National Register nominations and administers on-going neighborhood surveys as a guide to preservation planning.

As staff for the Boston Landmarks Commission, she assists with the performance of the duties of the Commission, including preparation of study reports and conducts specific planning and research tasks and projects, sometimes in conjunction with other agencies and departments. Kathleen also helps to answer questions for the public, both on the preservation process and specific history of cultural resources in Boston, as well as coordinating the popular Preservation Month activities during the month of May. 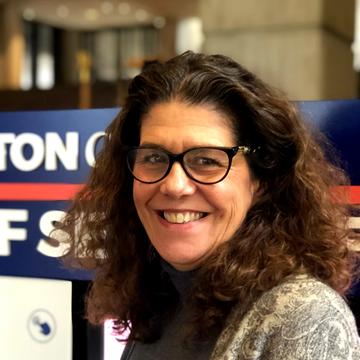